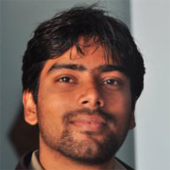 A dreamer, speaker, consultant and a coach, Hemant has journeyed through different worlds beginning with Mathematics, then Music, and now Management.

Getting selected in one of the programs offered by Stanford Global School of Business, Hemant took a detour and stepped into consulting & coaching. He is now a System Thinker, a Professional Coach (Coach For Life, USA), Facilitator, Consultant. He is also Master Facilitator/Trainer at SHRM India. Besides his studies in the filed of Clinical Music Therapy and business major in marketing, he received his initial exposure to the world of learning & development in the US with a management consulting firm named Groh Consulting, Chicago.

A member of Phi-Theta-Kappa scholars’ organization in the US, Hemant is a Certified MBTI Professional from American Management Association, Chicago, and has been part of leadership & change programs for several organizations in India, and was a member of the panel of three on-site judges for HRM Awards Sri Lanka 2015, conducted by SHRM India.

Received his first break in trainings in 2007, and with his wider interest in using music for ‘Training & Development,’ Hemant began his career in training by using music as a tool for Large Group Interventions (LGI). His vision is to help organizations to maximize the ‘efficiency & effectiveness’ of its resources by designing appropriate training programs, strengthening work-culture, and motivating & inspiring teams.Hemant has facilitated programs for organizations like SONY, AIRITEL, BAUSCH & LOMB, METLIFE, ACC CEMENT, ABBOTT, GLAXO SMITH KLINE, VICAT BHARATHI and more. 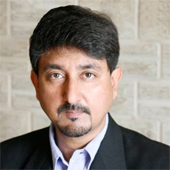 Over the last 10 years, Jagat has worked with clients across industry sectors including Manufacturing, Media, Telecom, Pharmaceuticals, Insurance, Financial Institutions, IT, Infrastructure, FMCG, BPO/KPO, and Consulting. He has significant international exposure and is comfortable working in a multicultural environment, having worked for several years in the US and Dubai. Over the past few years, Jagat has designed and led interventions using Psychometric tools and Large Group Intervention tools with the following organisations like Vodafone, Airtel, ACC Cement, McKinsey and Co, MSD Pharma Pvt Ltd (an affiliate of Merck & Co. Inc., USA.), Alstom, NSN (Nokia Siemens) and many more. 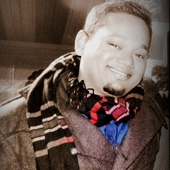 A performer who kicked off his musical career way back in 2001 at the age of 16 in MTV’s first ALL INDIA BASED musical show “Gao Baby Gao,” and later worked with industry giant “The YASH RAJ FILMS’’ in 2011 when he was featured in the music video for the super-hit bollywood film “Mere Brother ki Dulhan,” starring Katrina Kaif and Imraan Khan. He can be seen with the Guitar in the hit Bollywood number “Dhunki Dhunki Laage.”

An MBA Graduate with Masters in commerce (M.Com) along with rich corporate experience on the professional front for 10 years, Deep has been a multifaceted person since childhood .

DEEP is a dynamic and multi talented artist who has captivated many a audience with his charming personality. The ease with which he connects to his audience instantly and above all his mesmerizing voice and musical ability. 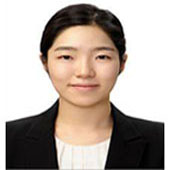 Gieun is a graduate from Cornell University, New York. Majored in Applied Economics and Management, She has specialized in finance and management strategy. Her previous experiences include corporate real estate services at Standard Chartered Bank, research design at Cornell University, and market penetration strategy for Millennium Power, a cogeneration distributor.

At Standard Chartered Bank, Seoul, Gieun had been involved in a $7.9Million-scaled project. Simultaneously, she has actively organized and planned HIV awareness initiatives cooperating with its partner group, CBRE (Commercial Real Estate Services).

At Cornell University, Gieun also has experience with professors regarding food waste research. Collaborating with a survey firm, Qualtrics, she involved in a choice experiment, studying how people respond to different sets of scenarios depending on food waste. Building  marketing strategy for Millenium Power, Gieun has a deep understanding in alternative energy industry. Gieun expertise are in identifying potential clients, conduct intense market or industry research and preparing pitch books.

Gieun’s hobbies include singing and traveling. She is a trained opera singer and loves to play western classical piano and violin.